The magical winger of the Indian football team has scored the second-highest number of goals in international matches among the most active players after Cristiano Ronaldo. Chhetri is the most-capped player and all-time top goalscorer for the national team with a total of 72 goals in his 115 appearances. He guided India to clinch the 2007 Nehru Cup, 2009 Nehru Cup, 2012 Nehru Cup, and the 2011 SAFF Championship. He proved his mettle during the 2008 AFC Challenge Cup which further helped India qualify for their first AFC Asian Cup in 27 years. He has also been named AIFF Player of the Year a record six times in 2007, 2011, 2013, 2014, 2017 and 2018–19. 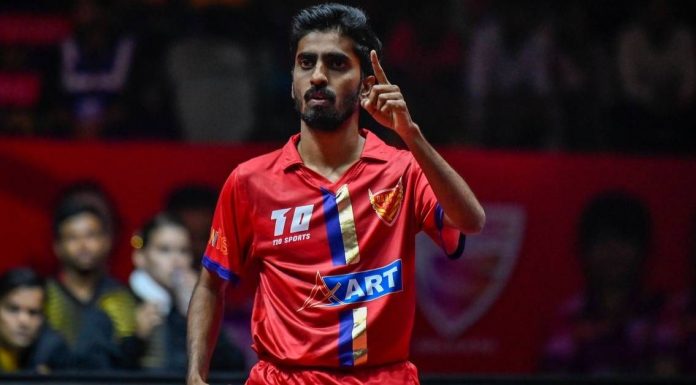 Team Bridge - Modified date: July 1, 2020
Ultimate Table Tennis (UTT), India's premier table tennis league and changemaker in the sport, has extended its support to the campaign 'Our Chance to Serve', ensuring it provides financial assistance to individuals who are associated with the table tennis community in India and are...
Read more