Amit Panghal‘s phenomenal rise continues as he became the first Indian boxer to reach the final of the AIBA Men’s Boxing World Championships at Ekaterinburg, Russia on Friday. On Saturday, all hopes will be rested upon the pint-sized pugilist from Rohtak, who will be eyeing the biggest glory for India, winning the elusive gold medal. He will take on the reigning world champion Uzbekistan’s Shakhobidin Zoirov in 52kg final.

The 23-year-old has been the big-ticket performer for India for the last couple of years who became the fifth-ever boxer to win a medal at Men’s Boxing World Championship. His dream run began when he defied all odds to beat the reigning Olympic champion Uzbekistan’s Hasanboy Dusmatov in a riveting final to clinch the Asian Games gold. He added another feather to his cap earlier this year with a gold at the Asian Championships.

The second-seeded boxer was among the favourites to win a medal at this World Championships. The Indian men’s contingent never came back with more than one medal in the history of the competition. For the first time, India will have two medal representatives, after Friday’s bronze medal finish by Manish Kaushik (63kg).

In the short span of his career, Panghal has established a solid ground for himself with his capability to reinvent himself and pull off surprises, which the opponents find hard to read. At 5’3″, the southpaw possesses the ability to break down taller boxers with his spectacular speed.

A look into Panghal’s journey at the 2019 World Championship

After receiving a bye in the first round, Amit opened his campaign in the Round of 32 . He was immaculate in his first bout of the tournament and demolished Chinese Taipei’s Tu Po-Wei 5-0. In a highly defensive first round, Panghal took time to settle into the bout before landing punches on his opponent. While both the boxers remained on their guard for much of the opening round, both of them showed a more pro-active and aggressive approach in the second round. Amit evaded his opponent well before delivering his combination blows to rob the Taipei pugilist of his confidence. The Asian Championships gold medallist never relented in the final round and ensured Tu did not find a way back into the bout in a masterclass performance that sealed the unanimous win for him.

Panghal dominated his next pre-quarterfinals bout. He was the favourite against Turkey’s Batuhan Citfci in 52kg and he lived up to the expectations when he soared to a comprehensive 5-0 victory. In a contest which didn’t have much action to start with, Panghal set the ball rolling by using his left hooks to good effect in the opening round. Citfci seemed focussed on a plan to counter-attack but couldn’t execute it. This was despite the fact that Panghal was lunging at the taller boxer to connect his left straights. Despite managing to draw the Indian in, Citfci consistently failed to make any impactful contact with his opponent, whose trademark pace was once again on display.

In the next-stop, Panghal (52kg) assured his maiden world championship medal after the Indian boxer advanced to the semi-finals defeating Philippines’ Carlo Paalam 4-1 in the quarterfinals to be assured of at least a bronze in the marquee tournament. Panghal had earlier defeated Paalam in the Asian Games semifinals last year. Panghal held his composure and clinched a split decision to make the semi-final.

On Friday, Panghal’s greatest shot at glory came after he beat Saken Bibossinov 3:2 in the semi-final, After a cautious start, Panghal picked up pace with his quick 1-2 punches. The Indian also managed to evade whatever Bibossinov had to throw at him. There were very few decisive punches from the Kazakh in the early exchanges, however, Panghal continued to grow in confidence as the bout progressed and the final round was fairly one-sided. Bibossinov struggled to deal with the Asian champion’s jabs. This, despite the Kazakh ending the second round on a high. Despite the perception that Panghal had a dominant performance, the final verdict was a close one with two judges ruling in favour of the Kazakh boxer.

The Rohtak dynamite had to change his weight category to 52kg a few months ago this year after 49kg was dropped from the Olympics roster. He is also India’s only boxer to claim consecutive gold medals in one of Europe’s oldest and most prestigious tournaments – the Strandja Memorial. He went into the quarter-finals of the World Championships the last time is now just one win away from being a world champion. 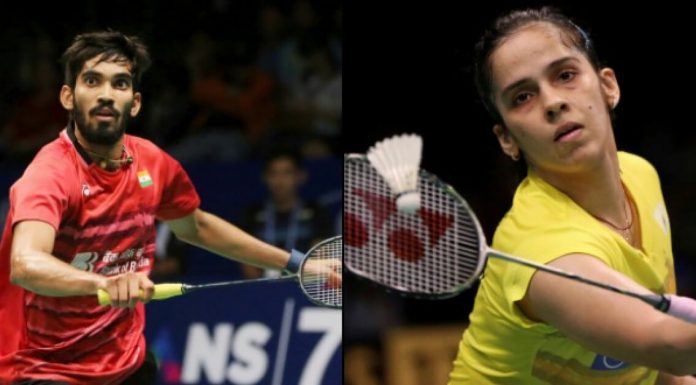 Md Imtiaz - February 27, 2020
Not less than two months are left for shuttlers to make their way to the Tokyo Olympics 2020, with the qualification dates coming to a close on April 26. With many of the Indian shuttlers still vying for the coveted spot in the quadrennial...
Read more