It rained goals at the Sree Kanteerava stadium on February 12 night as Bengaluru FC thumped Paro FC in the second leg of the Asian Federation Confederation (AFC) Cup Prelims 2. The Blues went into the fixture with a narrow 1-0 advantage from the first leg thanks to the goal from Semboi Haokip a week back. Bengaluru followed it up with a rampant performance at home, ripping apart the Bhutanese side with ease with hat-tricks from Haokip and Deshown Brown.

Having rested most of the main team players including Sunil Chhetri, Gurpreet Singh Sandhu and Nishu Kumar coach Carles Cuadrat fielded a young side at home. Haokip started the riot in the sixth minute, when he stabbed one in after a fumble from Paro’s goalkeeper Tobgay. The floodgates opened after the goal as the Blues went on to net three more goals in the first half. Juanan (14th minute)and Deshorn Brown (29th) also put their names on the score sheet. Haokip added another goal to his name in the 29th minute. Former Blues striker Chencho Gyeltshen  managed to net one for the away side following a loss of possession in midfield by youngster Gursimran Gill. Former Barcelona winger and new signing Nili Pedromo set up two of the goals for the Blues and was almost unplayable throughout the night.

In the second half, Bengaluru FC picked up from where they left off. Brown and Haokip completed their hat-tricks in the 64th and 66nd minute respectively, with the latter becoming the first Indian player ever to record hat-tricks in the I-League, Indian Super League (ISL) and AFC Competition. Nili also became one of the goal scorer for the night scoring the eighth goal for the Blues. Haokip rounded-off a memorable night for himself and for his side and he slotted in his fourth goal of the match in the 85th minute. Paro players were relieved to hear the referee’s full time whistle as the lop sided encounter ended 9-1 in favor of the Blues.

With a mind-boggling aggregate of 10-1, Bengaluru FC will now take on Maldivian club Maziya SC on the 19th and 26th of February in the next playoff round of the Cup.

The Indians were earlier scheduled to leave on 28 February, but the decision was taken by the Boxing Federation of India (BFI) after the squad were left stranded in Assisi, Italy when the airport at Milan shut down due to the coronavirus threat.
Read more
Football 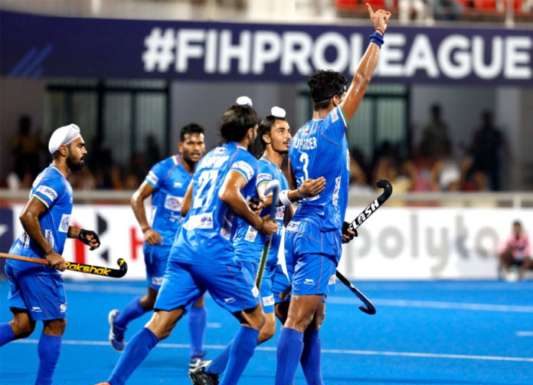