Abhimanyu achieved his final IM norm at the Chess Max Academy at New York during the 1st Fall GM Invitational. He drew all his nine rounds in the competition to become the IM. His first IM norm had come in August this year, while his second norm was clinched at the 1st Los Angeles Fall GM in September.

Abhimanyu, who has an ELO rating of 2411, was a part of the Young Stars camp that was conducted by chess wizard Garry Kasparov recently. He has been trained by GM’s Magesh Chandran and Arun Prasad at the Kings and Queens Chess Academy in North Carolina.

The youngster devotes around 10 hours to the sport every day, with his parents even taking the decision of homeschooling him to allow him more time with chess.

Abhimanyu will now target the feat of becoming the youngest ever Grand Master. The record is currently held by GM Sergey Karjakin of Russia, who had become a GM at the age of just 12 years and 7 months.

Praggnanandhaa stated that he was happy for Abhimanyu, and hoped that he can go on to become the youngest GM. “It is always nice when someone breaks your records. What Abhimanyu has achieved is no easy feat. There will be pressure on him for sure, but if he is able to handle it well, I guess he can rewrite the record that has been set by Sergey Karjakin.” 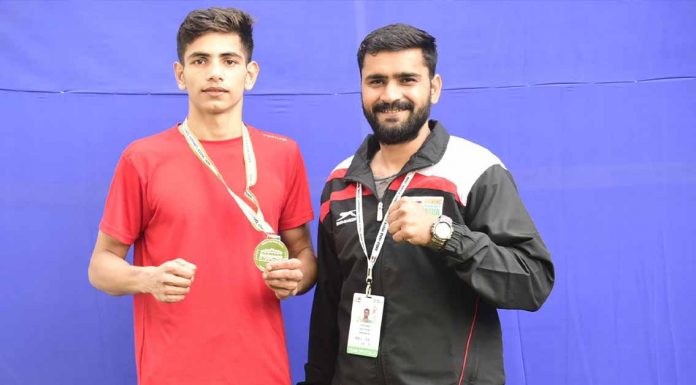 The Bridge Desk - January 22, 2020
With just one day left in the Khelo India Youth Games, tiny Daman and Diu broke into the medals table, claiming a silver medal in the boxing ring. Harsh Bhagwan claimed that honour in the Boys Under-17 50-52kg category...
Read more