Home Shooting A look into the numbers of India's historic medal haul in Shooting...
FeaturedShootingWhat's Latest Indian shooters concluded their campaign at the ISSF World Cup in Rio with nine medals, including five gold, two silver and two bronze medals. It was India’s biggest gold medal haul ever at the World Cup. To mark the conclusion, the Indian contingent displayed their dominance in the rifle and pistol events in 2019 in New Delhi, Beijing, Munich and Rio; topping the medal tally with a whopping 22 medals, including an inspiring tally of 16 golds. This year also marked India’s best-ever performance, a significant jump from its previous best of eight medals which was achieved last year. Before 2019, India had a record of collecting 19 gold medals at the ISSF World Cups, of which only 11 came from rifle and pistol shooting events, whereas the rest eight came from trap.

With nine Olympic quotas already bagged by the Indian shooters, the performance this year can turn out to be a shot-in-the-arm moment for them ahead of the sporting extravaganza in Tokyo next year. To put things into perspectives, we cannot overlook the astounding figures attained by our shooters.

Out of the 22 medals, 12 came in pistol events. By far the best performance by an Indian came from Saurabh Chaudhary who amassed a total of seven medals this year – including four in the mixed team event, two individual golds at the New Delhi and Munich and a bronze in Rio.

The Saurabh Chaudhury-Manu Bhaker duo made headlines and was unstoppable in the 10m air pistol mixed events winning all the gold medals in the stride. The Indian men ruled the roost with a clean sweep in the 10m air pistol category. Apart from the two golds by Saurabh, the other medal winner in this category was Abhishek Verma who also picked up two individual gold medals in 10m event at Beijing and Rio. Rahi Sarnobat topped the 25m women’s event in Munich. Yashaswini Deshwal went on to win her sole individual gold in 10m event at Rio. The Abhishek and Yashaswini duo paired up once again in the mixed event to finish with a silver in Rio behind their Indian counterpart.

An impressive run in rifle shooting

India’s followed up with its success even in the rifle category where our shooters amassed a total of ten medals. In the 10m air rifle category, India won six gold, a silver, and a bronze. Ace shooter Apurvi Chandela was the second-highest medal winner for India at the ISSF World Cup picking up a rich haul of four medals, including two individual gold medals in the women’s event at New Delhi and Munich. She further paired up with Deepak Kumar in the mixed event of 10m air rifle to win a gold medal at Rio and silver in Munich.

The other mixed-event pair of Anjum Moudgil and Divyansh Panwar brought three medals for India, including two gold in Beijing and Munich, followed by a bronze in Rio. Panwar put up an impressive show bag the silver medal in the men’s individual category in Beijing. Another promising result came through the hands of Elavenil Valarivan, the student of Olympic bronze medallist Gagan Narang, who clinched her first senior title, a gold in the 10m air rifle category in Rio. Sanjeev Rajput picked up another silver for the country in the 50m air rifle category and earned his berth at the Olympics.

Following their impressive show, the four best women’s air rifle shooters in the country, Anjum Moudgil, Apurvi Chandela, Elavenil Valarivan and Mehuli Ghosh have all earned their berth for the World Cup Finals to be staged in Pultan, China, from November 17 to 23.

It is no surprise that a record 14 Indian shooters have qualified for the Finals in rifle and pistol. While Anjum has qualified for both the air rifle and women’s rifle 3-position events, Manu Bhaker also qualified for two events – women’s air pistol and sports pistol. All the shooters in the air events will also be eligible to compete in the mixed team competition. 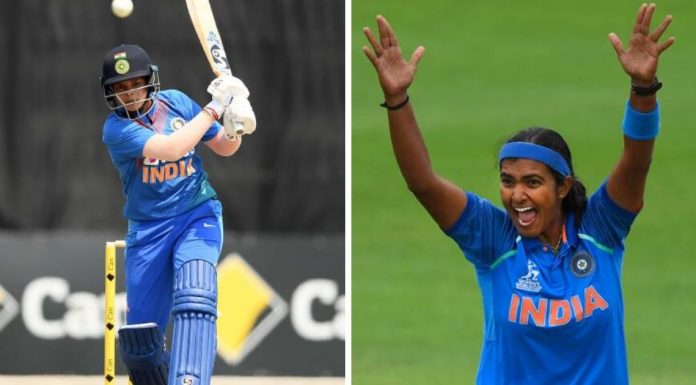